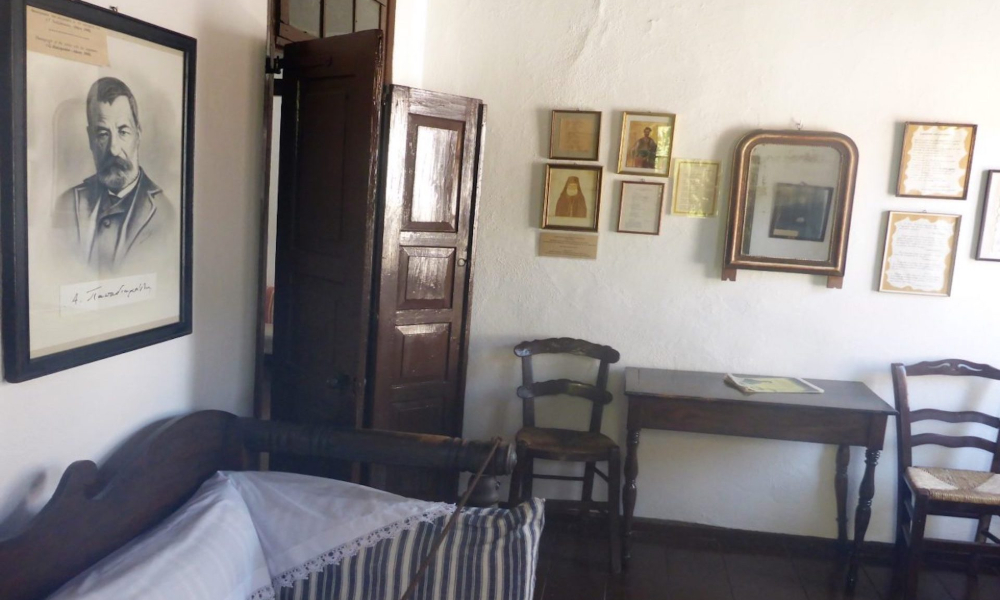 Alexandros Papadiamanis was born in Skiathos on 3rd March 1851 and was the son of the priest Adamantios Emmanouil and Angeliki who was the daughter of Alexandros Moraitidis. He completed the primary school and the first two grades of the Hellenic school in Skiathos. He later attended a school in Skopelos and in Piraeus and finally he graduated (he received the â€œapolytirionâ€ of High School) from Varvakio in 1874. In the same year in September, he registered in the Faculty of Philosophy in the University of Athens but he never graduated from it. At that time he wrote his first lyric poem about his mother. In 1879 he published his noved “the Immigrant” in the newspaper “Neologos”. In 1882 he started publishing his novel “The Merchants of the Nations” in the newspaper “Mi hanese” (Don’t vanish). At the same time he started working as a translator.

In 1884 he started publishing in the newspaper “Akropolis” his novel “Gypsy Girl”. From 1892 to 1897 he worked as a regular correspondent in the same newspaper. From 1902 to 1904 he lived in Skiathos where he published his novel â€œThe Female Assasinâ€. On March 13, 1908 in “Parnassos” a celebration of his 25 years in the greek letters was held under the patronage of the Princess Maria Vonaparti. Immediately after that he returned to Skiathos where he lived until the end of his life. He died because of pneumonia in the morning of 3rd January 1911. His funeral was held on the same day and the funeral oration was delivered by G. Rigas. On 22nd November 1912 his grave was visited by Maria Vonaparti and in 1925 his bust, which was created by Th. Thomopoulos, was erected.

The work of Alexandros Papadiamantis which is today internationally acclaimed, was influenced directly by his island; the island where he was born and died; the island which he loved and praised as much as nothing else. It was also influenced by the people of his island whose life-stories he recreated and enlivened in his writings. He was a perfect observer and student of human psychology and of the morals and manners of his time. His unparalleled, full of lyricism writing style gave birth to masterpieces of moral novels in modern Greece. As a result, his name reminds us of Skiathos immediately. At the same time, on hearing the word “Skiathos” we cannot help thinking of this great literary figure whose personality marked indelibly both his island and his work.